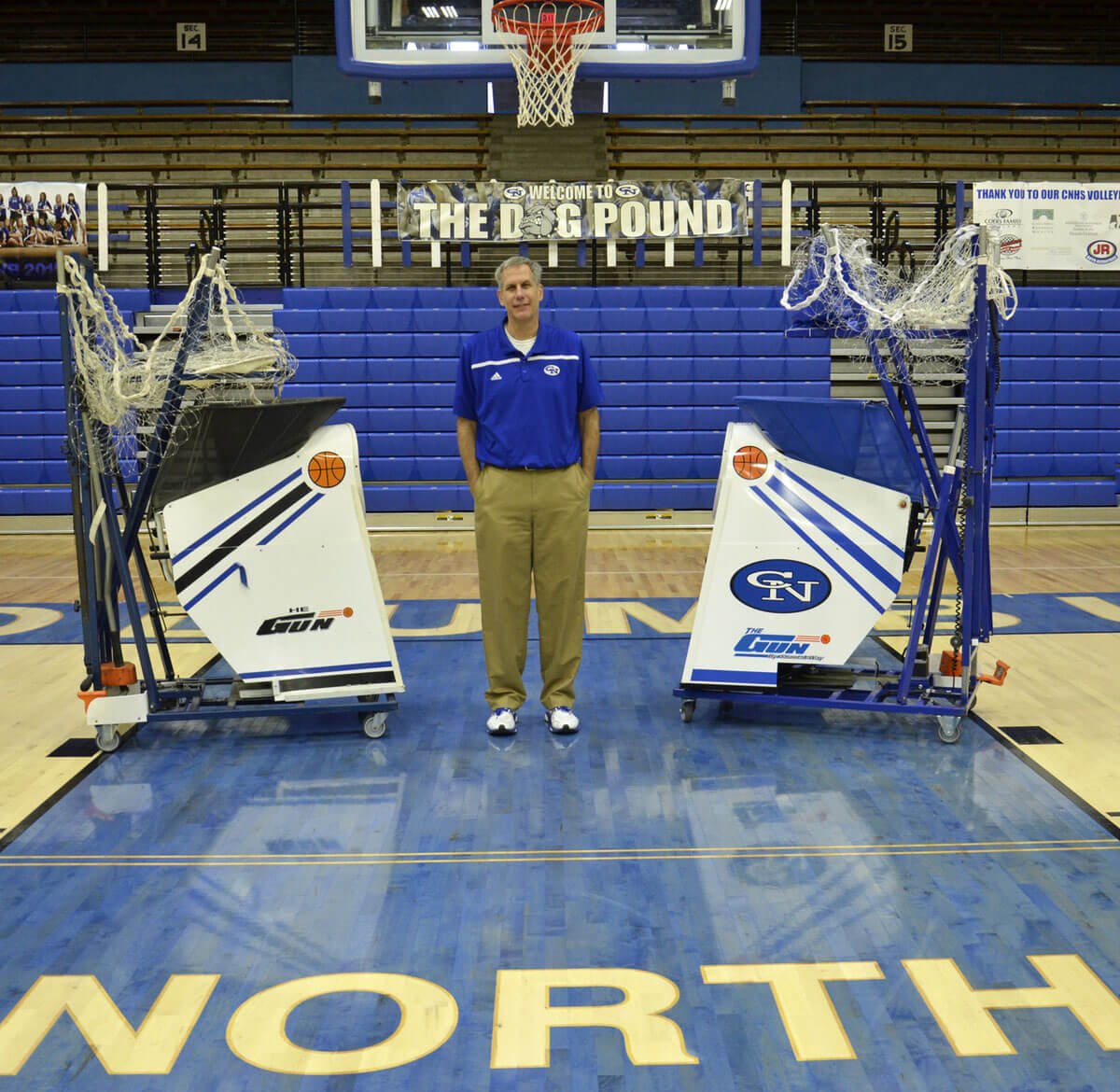 Columbus Indiana – The Columbus North girls basketball team won the 2015 Indiana Class 4A state championship with a 28-1 record. The team relied on a high level of conditioning, strong defense and good shooting as ingredients to its success. For the season, the Bull Dogs shot 47 percent from the field, including 38 percent on 3-point shots. The team also shot 70 percent on free throws.

A contributing factor to the team’s shooting success is its use of The Gun by Shoot-A-Way. A number of the team’s players were regular users of The Gun during individual workouts that complemented the team’s formal practice sessions. One player in particular, 2015 senior Ali Patberg, was a devoted user of The Gun in nearly-ever-day before-school shooting sessions.

Patberg finished the season by leading the team with a 25.9 scoring average while shooting 54 percent from the field and 82 percent on free throws. At season’s end, the Notre Dame recruit was named Indiana’s Miss Basketball, a McDonald’s All-American, MaxPreps national Player of the Year and played for the USA Basketball Under-19 National Team that won a gold medal in the FIBA U-19 World Championship in Russia.

“The Gun is one of the essential pieces of equipment in our program,” McKee said. “Many of our players use it regularly, and it undoubtedly has contributed to their individual success and our team success.”

I Wish I Had The Gun When I Played

Can You Ever Have Enough Guns?