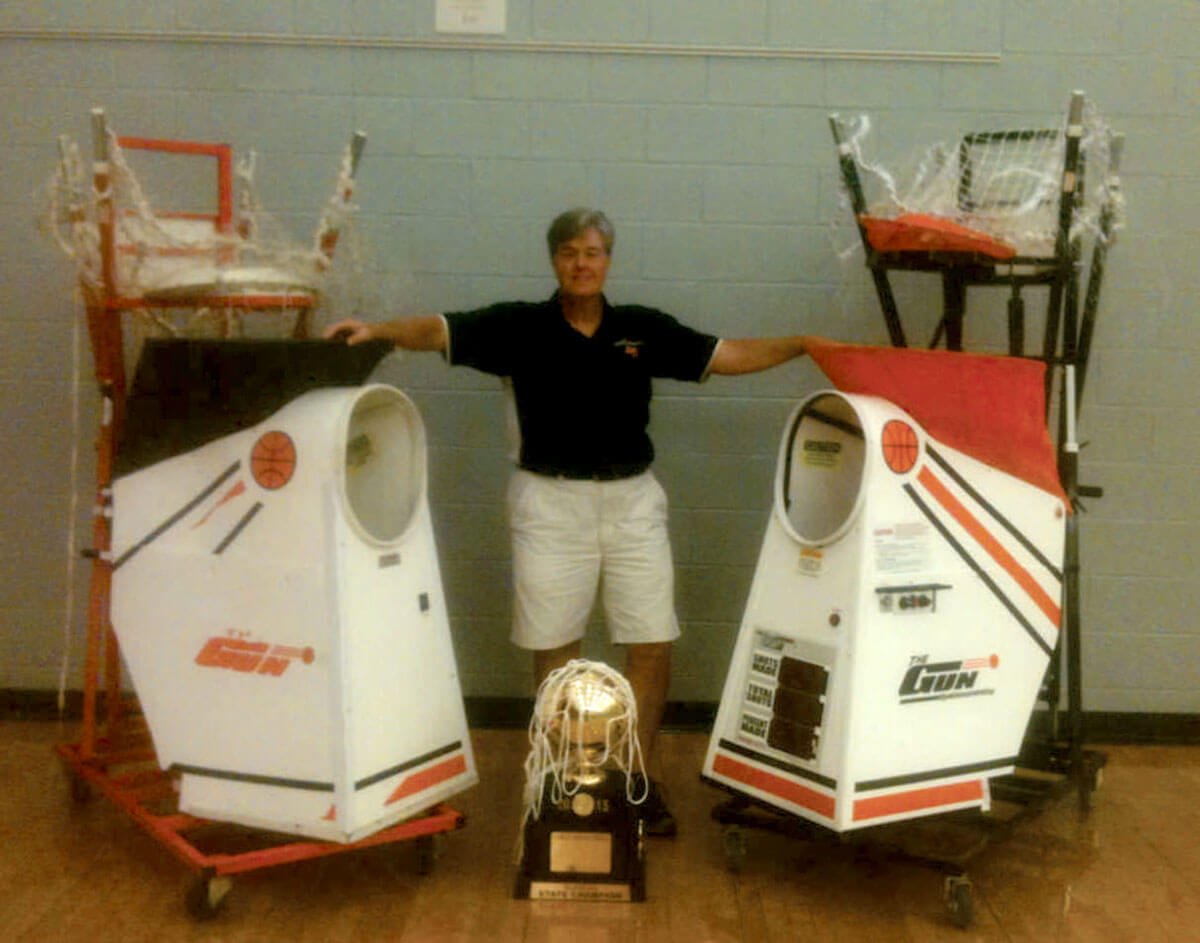 I Wish I Had The Gun When I Played

Oklahoma – The 2012-13 basketball season was a special one for head coach Annette Kennedy. Not only did she lead the Booker T. Washington Lady Hornets to a 6A Oklahoma State Championship, but the victory in the state championship game just happened to be the 300th career win for Coach Kennedy. How sweet is that? The 2012-13 season produced a 27-2 overall record, the 3rd state championship in the last six seasons, and accumulated 300 career victories for the head coach.

But, Coach Kennedy gives tremendous credit to her athletes, the commitment to discipline and teamwork, and the help of the Gun the Lady Hornets have used over the past few years. The lady Hornets use the Gun, from Shoot-A-Way, for individual shooting workouts at 7 a.m. in the morning. Coach Kennedy believes the Gun has made their program and players better in three ways:

After the 2013 basketball season, the Booker T. Washington Lady Hornets purchased their 2nd Gun, so the players can now have access to a Gun in both of their gyms. Coach Kennedy exclaims, “I just wish I had a Gun while I was growing up. That way, I wouldn’t have worn my dad out rebounding, since he was my coach.”

At Shoot-A-Way, we want to congratulate Coach Annette Kennedy and the Booker T. Washington Lady Hornets on their 6A Oklahoma State Championship. Our goal is to make sure all players are given the resources necessary for success. Also, we want to make sure the basketball players of the future don’t wear out or exhaust their parents while chasing basketballs! Our goals, your goals reached!

Jon Diebler of Ohio State on the Gun