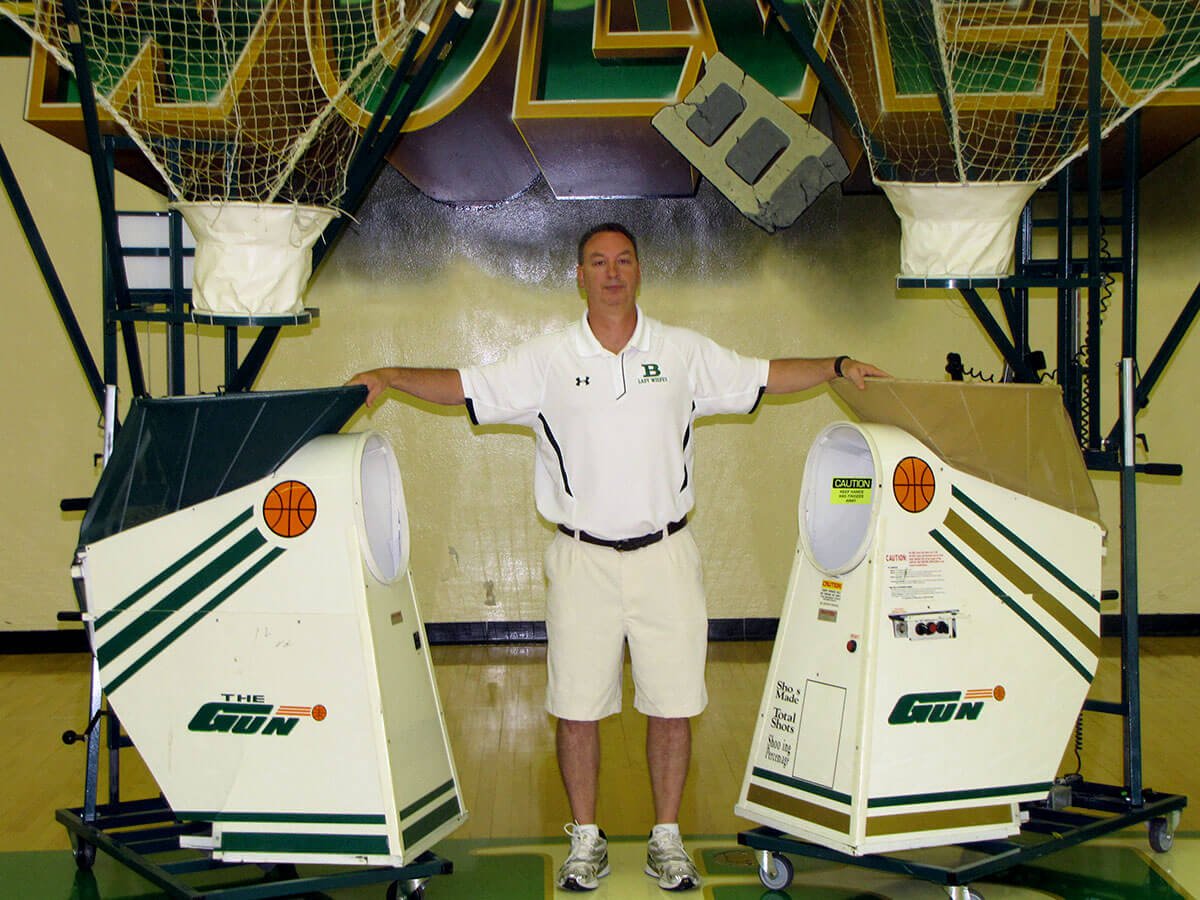 “The road to success is always under construction and part of our road runs through the use of our Guns!” These are the words of Buford High School Coach Gene Durden, giving credit to the “Guns”, by Shoot-Away as part of their success. His Lady Wolves just won their 3rd straight Georgia High School AA State Championship in 2011, three-peating from 2009-2011. During those three seasons, the Buford Lady Wolves have consistently used their two Guns in practice and individual workouts to post a 90-8 overall record under the direction of Coach Durden.

Coach Durden believes the strength of their program lies in their individual skill development and has used Shoot-A-Way products for over 23 years, including the 6 years he has coached at Buford. “We use the Guns in all of our individual skill development sessions. We feel like the Guns have really increased our ability to shoot off the catch and the dribble,” states Durden. The Lady Wolves spend much of their time before and after school getting in extra repetition during the season and on their own. This type of initiative, combined with great coaching and the right resources, adds up to a program that has been able to win at the highest level in the state of Georgia.

Shoot-A-Way wants to congratulate Coach Durden and the Buford Lady Wolves on their consistent commitment to excellence. We are humbled to provide the resources that help them pave their road to success. Our goals, your goals reached!