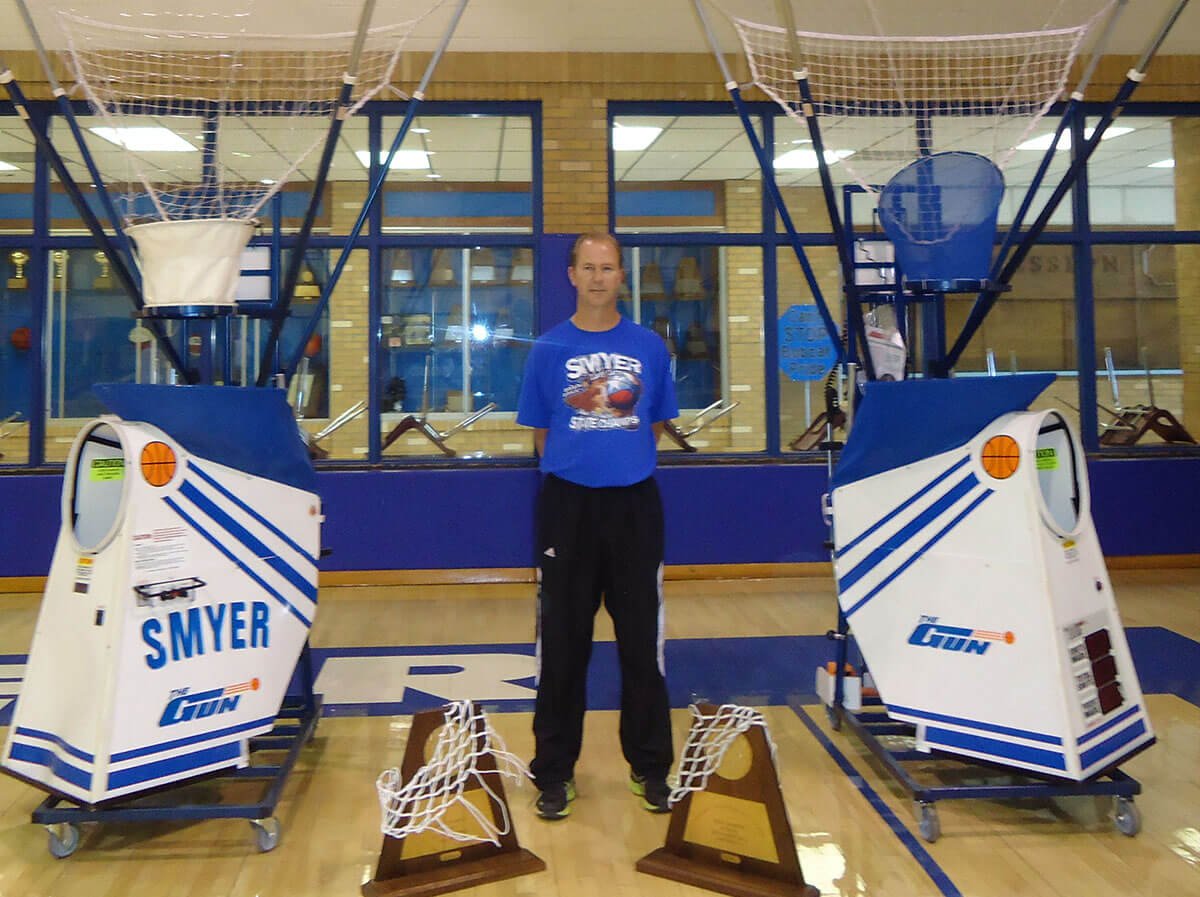 In 2009, Head Coach Leland Bearden, of Smyer High School in Texas, started requiring his girls to shoot 500 3’s every day. But, he realized the process was taking 3-4 hours every evening to reach that goal. So, in 2009, the Smyer Lady Bobcats purchased their first Gun from Shoot-A-Way. That 3-4 hour process was turned into a 45 minute process, and the Smyer Bobcats went on to post a 36-3 overall record in the 2009-10 season and won their first Class A Texas State Championship. The Bobcats finished the season shooting 35% from behind the arc and making 277 3 point shots. They also posted the best free throw percentage in their classification.

After the success the Bobcats experienced in the 09-10 season, Coach Bearden now had a new “problem” on his hands. The girls were becoming so competitive on the Gun that they were waiting until 9:00 at night to get their turn on the Gun. So, Coach Bearden went to work, and in 2010, the Smyer Lady Bobcats purchased their second Gun. Now with a Gun on both sides of the floor, Coach Bearden and his players were able to get out of the gym by 6 or 6:30 every night. Coach Bearden even started using the Gun during practice, 3 to 4 times per week, to get more reps for his guards during their individual breakdown sessions. And guess what happened next? That’s right! The Smyer Bobcats won their 2nd Class A Texas State Championship in 2010-11, posting a 35-2 overall record.

Coach Bearden says, “The Gun has a lot to do with our success. It enables us to get game-like situations and a lot of repetition. I am a die-hard Gun guy.” We want to congratulate Coach Bearden and the Lady Bobcats on their back-to-back Texas State Championships. Our goals, your goals reached!