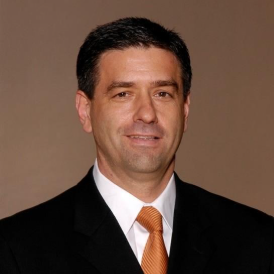 Former University of Missouri-St. Louis All-American Chris Pilz has been educating students since 1991 and has established himself as one of the top high school basketball coaches in the State of Missouri.

Pilz has won six District titles and led two teams (Waynesville, Hazelwood Central) to Elite 8 appearances, and has recorded a winning season in 18 of 22 years as a high school coach. Pilz has also coached seven NCAA Division I student-athletes during his time, including Indiana’s Juwan Morgan who played in the NBA with the Utah Jazz and Boston Celtics, and 2003 Missouri Gatorade Player of the year Kalen Grimes.

Pilz has led four teams to 20 or more wins in his career. He guided the 2001-02 Hazelwood Central team to a 23-6 record and an Elite 8 appearance and the 2013-14 Waynesville team to a 24-3 mark, a Sweet 16 appearance and finished as the No. 1-ranked team in the final regular season Missouri Coaches Poll. Pilz also had a pair of teams participate in the prestigious Bass Pro Tournament of Champions (2002 & 2015).

As a player at UMSL, Pilz was a second team All-America selection in 1991 and graduated as the winningest men’s basketball player in school history (72). He was a member of the 1987-88 and the 1990-91 teams that both set the then-school record with 22 wins.

He was a three-time all-region selection and a two-time all-conference honoree, and is the last player in school history to earn All-America honors during the 1990-91 season.

Pilz works as an A+ Coordinator and head boys basketball coach at Waynesville High School.