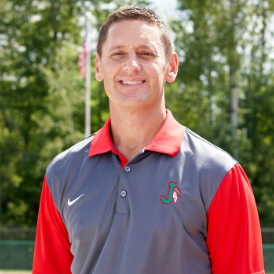 Ben Drake was an Academic All-American basketball player and was inducted into the SUNY Brockport Golden Eagle Athletic Hall of Fame in 2010. After coming to Jamestown High School as a P.E. teacher in 1998, he spent 4 years as an assistant principal at J.H.S. before being named the district’s athletic director in 2004. He is entering his 21st year as the varsity boys’ basketball coach at J.H.S.