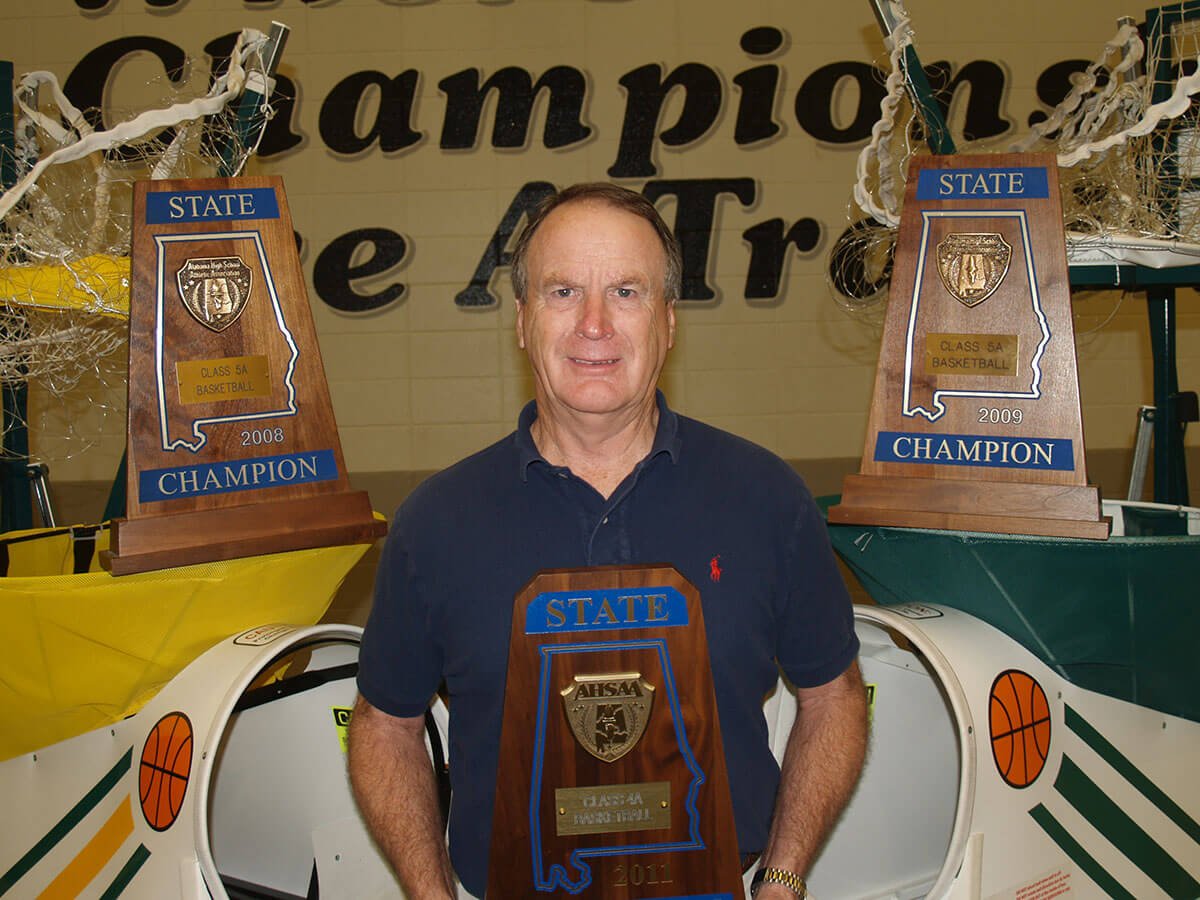 “You don’t want to go into battle without a Gun.” These are the words of Head Coach Jack Doss of the Butler Rebels. In 2011, the Rebels won their 5th 4A Alabama State High School Championship in the last 8 years. Over the past four seasons, the rebels have won three State Championships and posted a 117-17 overall record. Coach Doss has used The Gun, from Shoot-A-Way, the past 5 seasons to develop the Rebels’ perimeter shooting, by getting games shots at game speed during individual workouts. When speaking of The Gun, Coach Doss explains, “The Gun is one of the best investments we have ever made.”

Obviously, The Gun is not the only thing that has brought this consistent success to the Butler Basketball Program. Coach Doss believes that hard work, discipline, and the Rebels’ character development program have led to a higher set of standards for the players within their program. Not only are they champions on the court, but they strive to be champions off the court as well.

Shoot-A-Way wants to congratulate Coach Jack Doss and the Butler Rebels for finding the right combination to attain continued success. We are proud to provide them with the best resources possible to achieve their goals! Our goals, your goals reached.

It All Comes to Numbers